«Micropoems» is a short series of visual poems emerged from the superposition of images depicting the encounter between a female body and an everyday landscape.

This series was exhibited together with Montse López’s «Confluencias» at Il Mondo Gallery in Barcelona from April 25 to May 25, 2013 and at the Festival Promenades photographiques de Vendôme in France in June 2013. 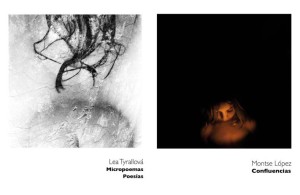